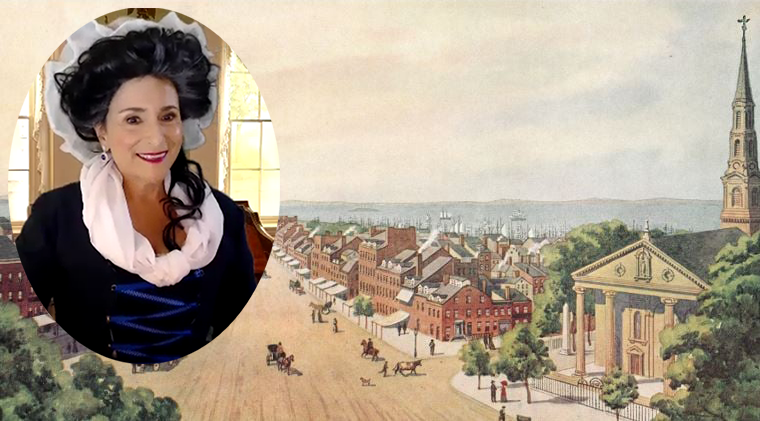 Our Popular Revolutionary War Tour with a new twist!

Explore Revolutionary War New York with Karen Q’s living history character, Mrs. Q. Mrs Q is a successful New York merchant (yes, ladies had businesses then!) and knows everyone who is anyone in the city. Raised in the Hudson Valley to parents from Naples, her father was also a merchant. She has inherited his successful business. She is married to Mr Q whose parents are from Spain. Mr Q, like his father, is a fur trader. Join Mrs Q for her personal story of living through the tumultuous times that were the founding of the United States of America.

Just like our Revolutionary War Tour, you’ll learn about all of the important events of the time, but from a respected New York Lady’s point of view. Mrs Q will share with you:

While visiting the city’s most historic sites you’ll hear about leaders of the Sons of Liberty, prominent printers, lawyers, ship captains, farmers, and other merchants who were vital in the fight for American freedom. And Mrs Q always welcomes your questions!

Meets at City Hall and takes 2 1/2 hours. You will receive detailed meeting instructions when you buy tickets.

Life in the Hudson Valley 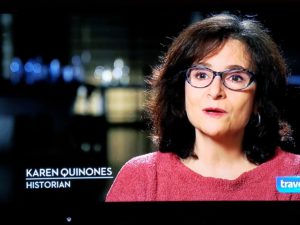