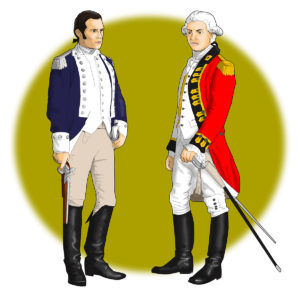 Walk through the British occupied city, the NYC base of the Culper Spy Ring. We’ll follow the story of spymasters Col Benjamin Tallmadge and Maj John Andre as they battle to outwit each other. Who would survive the deadly game of Revolutionary War espionage? And who would not?

You’ll see pages from the original code book used by Benjamin Tallmadge, letters written by Culper Jr, John Andre and George Washington plus pictures of what the city looked like at the time!

If you’re a fan of TURN on AMC and Netflix, or have read any of the popular books about spies operating during that time, you’ll love it!

We are not accepting bookings on any tours until NYC reopens. Please call us if you would like to reserve a tentative space!
917-716-4908

Give a gift card for a future tour!
Purchase Now