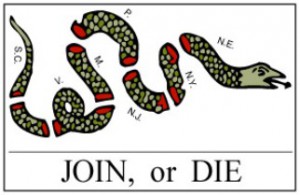 Take a walk from the Stamp Act of 1765 through President Washington’s Farewell at the end of the War for Independence in 1783.

You’ll experience the spellbinding story of the events leading up to the American Revolution while walking on the very streets where it happened.

You’ll hear the stories of Sons of Liberty, soldiers, printers, and spies and the risks they took to fight against the oppression of the British Empire.

We’ll stand where the Continental Army landed during their dangerous escape from the British in Brooklyn in the middle of the night. Imagine what it must have been like!

Plus, each stop is illustrated with original prints and documents from the time period.

Sons of Liberty, Alexander Hamilton, George Washington, Nathan Hale, The Culper Spy Ring, and the Battle of New York are just some of what you’ll hear about while standing right where the events happened.

If you’re a fan of TURN on AMC, McCullough’s “1776”, Rutherford’s “New York” or just want to learn about how we got to be the USA you will LOVE this tour!

We use a storytelling format from start to finish and use authentic documents to illustrate the events. Join Karen Q for a look at the American Revolution that is unlike anything you ever learned in school!