If you are standing in Trinity Church graveyard look up and to the North at the gothic towers.

There are two long, thin, gothic style office buildings on Broadway built in 1905. Thames Street runs between them. On top of the Trinity Building, nearest the church at 111 Broadway, is a tower reminiscent of the neighboring Singer Tower, which stood a block North at Liberty Street. It was the tallest commercial building in the world 1808 -1809 and was demolished in 1968.

There are many lovely things to see around the city if you take the time to look up!

The second two pictures are from nyc-architecture.com, a fantastic resource for NYC architecture. 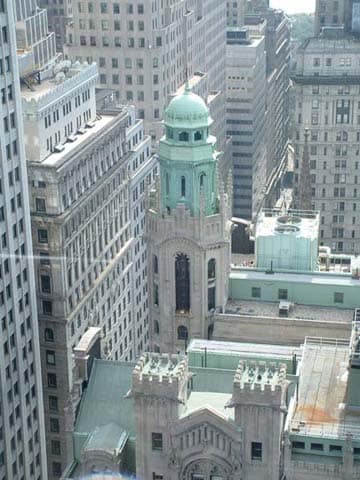 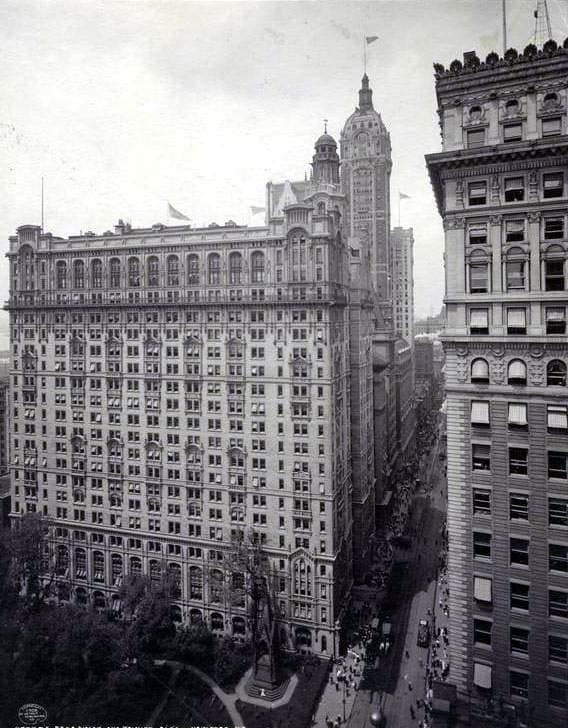 Trinity Building with Singer Tower, much larger, in the background. nyc-architecture.com