This fence surrounds the area where a magnificent statue of King George III stood. The statue depicted the King riding a horse and was gilded, or covered in gold. The fence was erected around the statue in 1771 and had crown finials (ornaments).

After the Declaration of Independence was read to General Washington’s army on July 9, 1776 a crowd went into the park and tore down the statue of the king. The crown ornaments were knocked off of the fence. It was all eventually melted for musket balls.

Here’s a picture of one of the mounts that once supported a crown and a picture of where the statue stood. The crowns and statue are long gone, but the fence still stands as it was left in 1776. 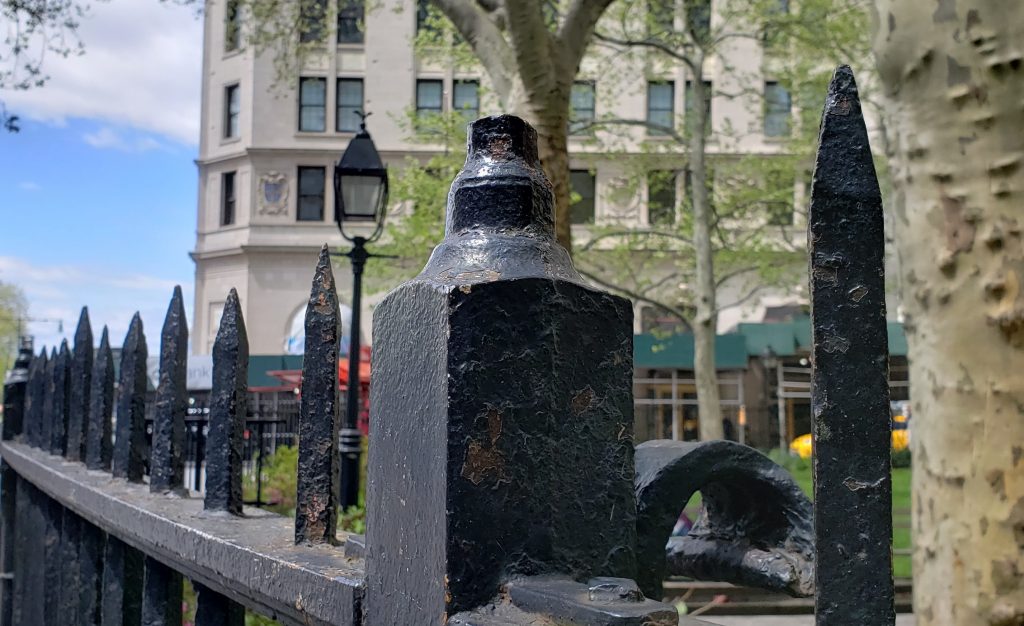