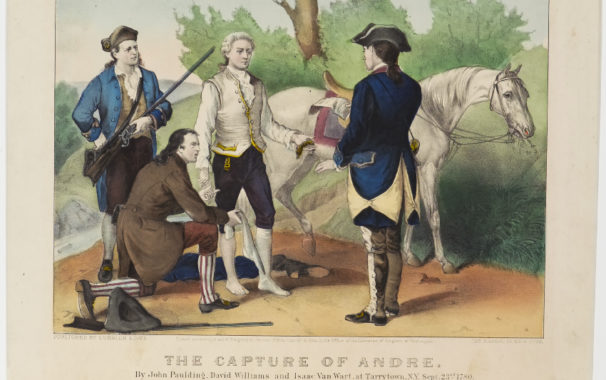 September 23, 1780, British Major John Andre captured! Andre met with Major General Benedict Arnold near Haverstraw, NY, on September 21. In exchange for a hefty payment and a command in the British military, Arnold agreed to give up the fort at West Point to a British assault. Arnold gave over papers and plans of.. read more → 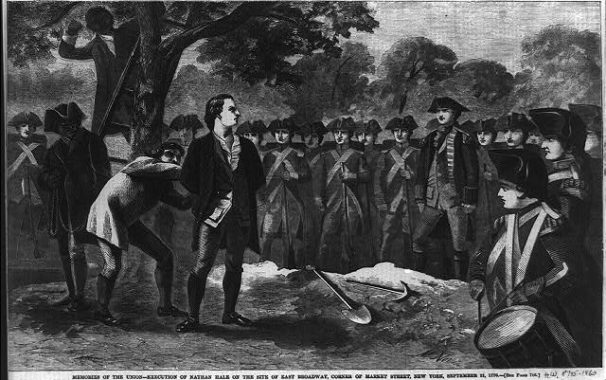 September 22, 1776 – 21-year-old Nathan Hale is hanged as a spy by Gen. William Howe. Hale was a graduate of Yale and a Captain in Thomas Knowlton’s Rangers (Connecticut). His commander, William Hull, worried that he would be an awful spy. He was too tall, too easy to recognize, had a cousin who was.. read more → 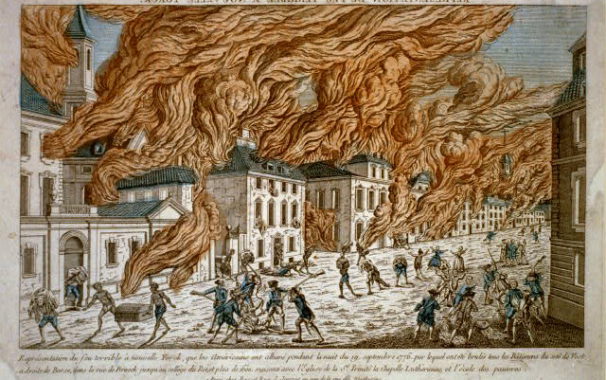 September 21 – New York Fire of 1776! General Washington, knowing he cannot hold the island, retreats North out of the city. British forces pour in and take possession of it. As the changeover happens a fire burns more than 25% of the city, destroying the original Trinity Church as it burns up Broadway. The.. read more →

The Battle of New York 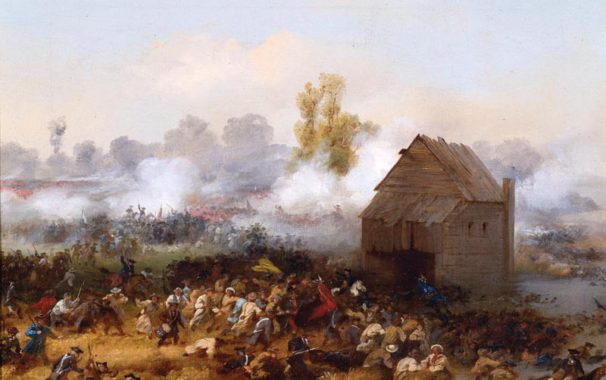 Imagine Being There. Remembering the Battle This year I’ve been doing a lot of thinking and reading about the Battle of New York as it moved through the city. Nearly every day I am out walking through the area where the battle took place. This time of year I try to imagine what it would.. read more →

What Does It Mean? Interpreting Colonial Documents When I first started reading original documents from the Revolutionary War period I was constantly frustrated. “What does it mean”?  As any of you who’ve tried reading things from the 1700’s have found, between the difficult typeset (where the letter “s” often appears as an “f”) to the.. read more →