No Taxation Without Representation 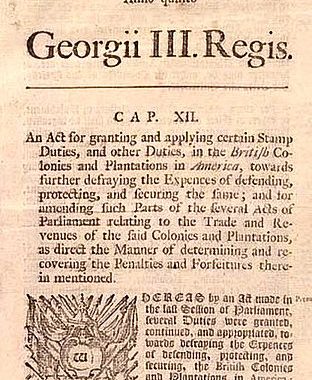 The Stamp Act Why is it Important? The Stamp Act is the first story I tell on the Revolutionary War Era Tour. I start with it because it begins the united opposition to England in the colonies. Plus, if you grew up when I did, your teachers went over it again and again. And although.. read more → 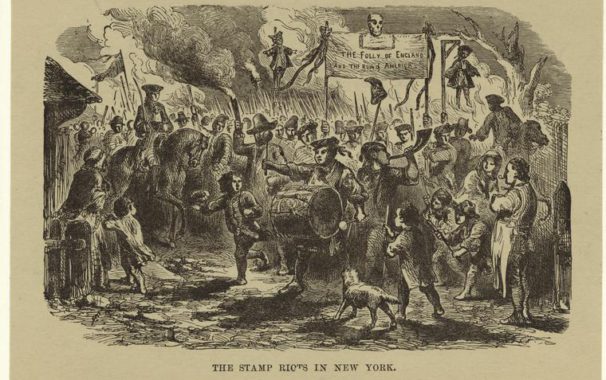 November 1, 1765 – The Stamp Act Riot Lady Liberty Has Died of a Cruel Stamp to Her Vitals! At sundown a crowd gathers on the NYC Commons. They march through the city by candlelight (500 – 600 candles) and carry signs, an effigy of the governor, a scaffold and other symbolic objects. When they.. read more → 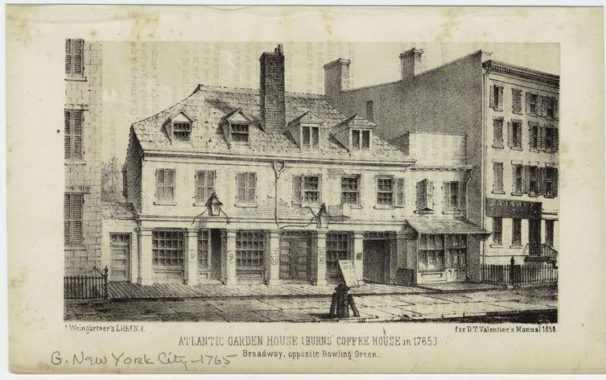 October 31, 1765 – Mourning, Lamentations, and Woe! 200 NYC merchants meet at Burns Coffee House on Broadway to discuss the dreaded Stamp Act, due to go into effect the next day. Their ships in the harbor have flags at half mast. A crowd of unruly sailors gathers at the docks. Governor Colden and Major.. read more → 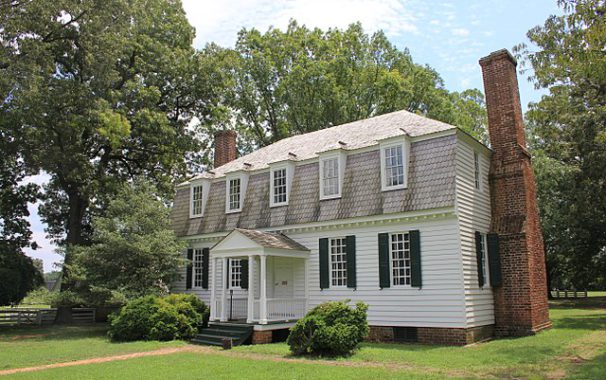 October 18, 1781 – Negotiations to end the siege of Yorktown take place at the Moore House For the British: Lt Col Thomas Dundas and Maj Alexander Ross. For the Americans: Lt Col John Laurens and for the French: Marquis de Noailles. General Washington instructed the negotiators to include the French in every step of.. read more →

The Siege of Yorktown Ends! 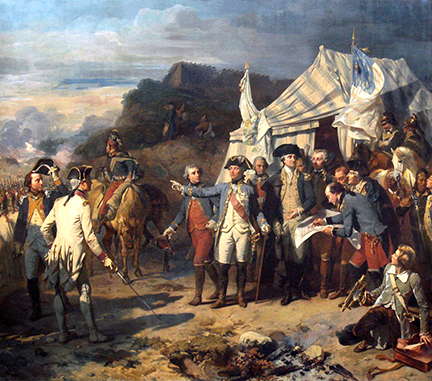 October 17, 1781 – The Siege of Yorktown Ends! For the past three weeks combined American and French forces have been fighting Cornwallis at Yorktown. After extensive land and naval battles, Cornwallis realizes he is beaten. In the morning a drummer appears accompanied by an officer waving a white handkerchief. The fighting stops and the.. read more →