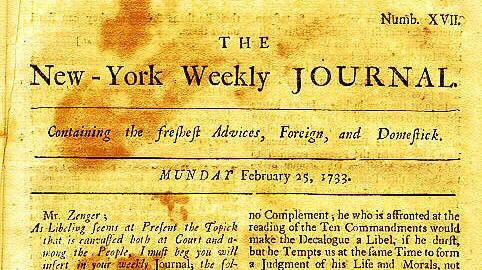 Freedom of the Press: The Trial of John Peter Zenger We’re hearing a lot these days about freedom of the press. But where did the idea come from? How did it become a cornerstone of American freedom? Well, crazy as it sounds, it all started with a financial dispute, a corrupt governor, a bunch of.. read more →

In the spirit of the Valentine’s Day holiday, I thought I’d share with you a few inspirational love stories during the American Revolution: John and Sarah (Livingston) Jay, Alexander and Elizabeth (Schuyler) Hamilton and Aaron and Thodosia (Bartow) Burr. Because of the roles the men played in the founding of our nation they often spent.. read more →

Symbols of Freedom in Early NYC A walk through the historic streets of Lower Manhattan uncovers many symbols illustrating the early history of the city and the celebration of freedom after the Revolutionary War. Some are in plain sight and others a little harder to find. Some are right in front of us but we.. read more →

The American Crisis December 23, 1776 In December 1776 Washington faced the possibility of defeat on multiple fronts. The British Army, under the command of General William Howe, had pushed the Americans out of New York City, off of the island of Manhattan and into New Jersey. In December Washington set up command at McConkey’s.. read more → 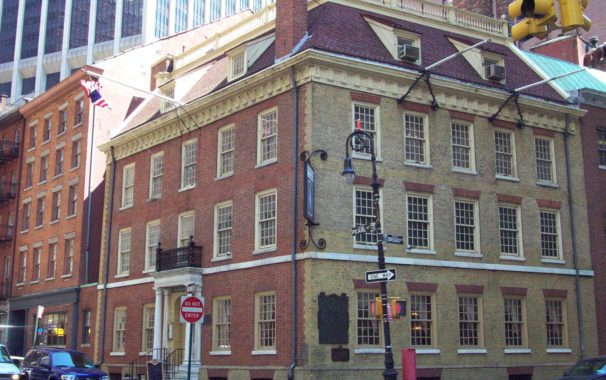 General Washington’s Farewell December 4, 1783 Just over a week after Washington made his triumphant march through New York City (Evauation Day) it was time for him to leave. Before setting out on his trip home to Mount Vernon, Virginia he had one last meeting with his officers at Fraunces Tavern in New York City… read more →